For all those who have asked, my family (mom, dad, sister, and brother-in-law) lives in northwest Houston which is west of I-45. Though the hurricane is projected to go through Galveston and Houston, the worst of it is expected to hit east of I-45. They have a generator to keep all their refrigerators running should they be without power for a prolonged amount of time. My dad gave me a blog to check http://blogs.chron.com/sciguy. It has good information. I don’t know that it will be updated tomorrow since the blogger is in Houston and could be without power.

The only problem they’ve already experienced (thus far) is the phone lines being jammed. I couldn’t get anyone on their cell phone yesterday, and I have to call more than once to get through to their home phones. When I did get my mom on the phone around 4pm today, she was telling me about all the flooding that has already started in Galveston. The San Luis pass on the west end of Galveston Island is already under water. Front row beach houses already have water under them, so no beach. She also said that a pier out to a restaurant at the seawall and two houses had already been washed away because of the waves, so it sounds like a lot of damage is coming especially with the water already up to the seawall.

Again, my family lives in northwest Houston. They will definitely experience Hurricane Ike, but probably not the worst of it. I do have extended family in areas of Houston that were evacuated and a friend evacuated from the island. My friend is a nurse and had to evacuate herself and her patients to Austin, and now she has to work through the weekend while her husband waits out the storm in north Houston. I don’t think she was expecting this when she went to work Thursday. 🙂

I’m sure this is an anxious time for over a million people. (I heard that number thrown around.) We’ll just have to be prayerful and ready to lend a helping hand.

Welcome to our new blog!

Let’s face it, the Vox blog had some problems. There were a ton of limitations that made it a less than ideal blogging platform (i.e., now you can leave a comment on our blog without signing up for a useless Vox account). Thus, McClellanTown.com was born. Be sure to update your bookmarks and blogroll links to reflect our new web address. In the meantime, we’ll be hard at work on some new posts about our adventures in shopping for baby stuff.

We still haven’t heard anything from our agencies. We will let you know as soon as we hear something.

I decided to post the pictures of the rooms we painted. Overall the painting was easier compared to other projects we’ve done. Even better, we used left over paint from our master bedroom, so we didn’t have to buy that. There are still a few more things I want to do with the living room and dining room like curtains and a rug for the living room, but it’s mostly finished. Our next big project will be painting the other half of our downstairs (kitchen, breakfast area, bathroom, utility room) and hopefully redoing the floors. We will keep you posted on that project, too. 🙂 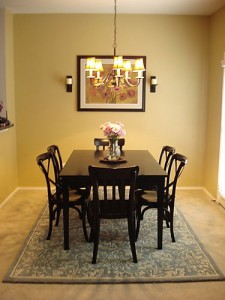 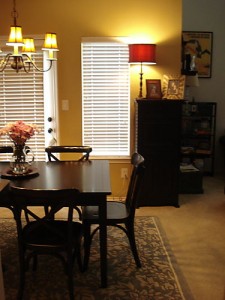 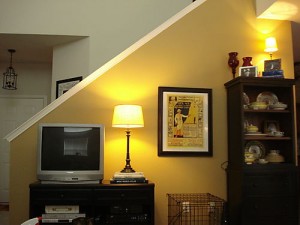 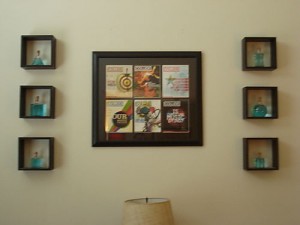 Last Saturday, Scott and I started working on the nursery… 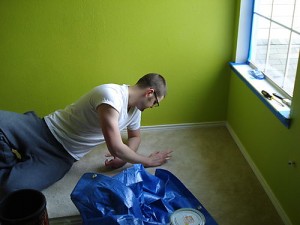 Scott painted, and next, I re-did all the furniture over my spring break. 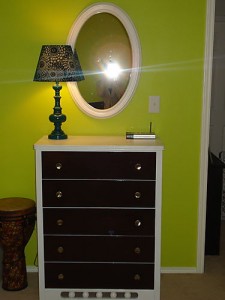 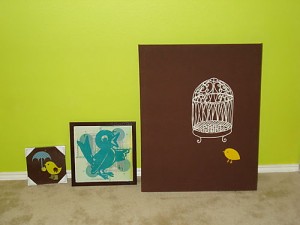 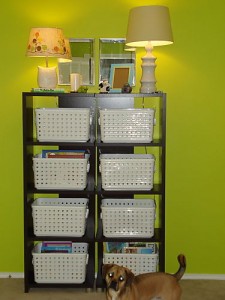 Those are all the pictures we have for now. We are still working on the crib. It was fun getting everything together. Now we just have to wait and see who gets to use the room and when they’ll get to use it.

Remember that big, monstrous foreign dossier we had to complete? We did it! On Friday, we got everything wrapped up and submitted it to our agency. Below is the response we got from our case worker and some photographic evidence.

You did it!  Everything looks great.  I am going to FedEx the dossier today and it should be forwarded to Vietnam by the end of the week.  Congratulations! 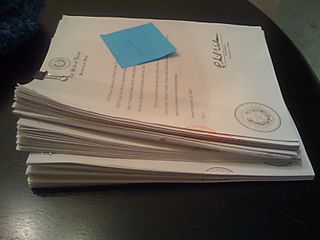 Now that we’re not buried up to our eyeballs in paperwork, we’ve begun experimenting with preparing a little Vietnamese cuisine. Here are a few pictures from our first foray into the world of homemade Vietnamese food:

The results were … different. We’re definitely going to try a new dish soon, so we’ll do our best to share the results with you. 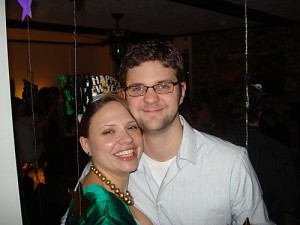 Over the next year or so, we will use this blog to share our experiences as we go through the process of adopting a child from Vietnam. From the time we first made the decision to adopt, we felt like a blog would be a great way to keep everyone posted on where we are in the process. Not that we don’t want you to check in with us personally, but please feel free to stop by the blog any time to see what’s new. Along the way we’ll try to update the blog as often as possible with news about what we’re up to, as well as with photos and such.

Check back soon, hopefully this space will start taking shape.